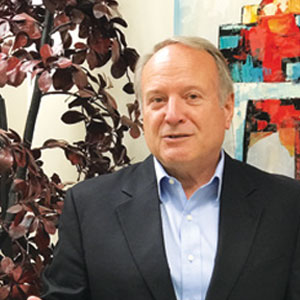 Craig “CJ” Brunet, Chief Information Security Officer
Steam emanating from a cup of coffee on his desk, the bespectacled stranger awaits a ping from the malware that he surreptitiously installed in the system of the CFO of a major financial institution. Bingo! The CFO has just accessed the URL of the central database and is now typing the authentication details, unaware of the keylogger component of the malware picking up each character in the background. Yet, something is not right. The screen of the anonymous ‘man-in-the-stack’ only displays a meaningless sequence of numbers from zero to nine. What the cybercriminal is unaware of is the fact that the company deployed a unique endpoint security protocol—that specifically renders malware components useless at the keystroke transport layer— Advanced Cyber Security’s (ACS) EndpointLock™ Keystroke Encryption.

According to the Verizon Data Breach Investigative Report, malware instances accounted for 69 percent of the world’s most notable breaches. Of this segment, 98 percent of the malware had a keylogger component, which captured critical information such as authentication credentials, PHI, PII, credit card numbers, and social security numbers at the very instant of transmission, the keystroke. “Since the world’s best security protocols, antivirus software, and DLP tools begin serious encryption at the OSI layer, which is Layer 4, zero-day keyloggers often go unidentified,” explains Craig “CJ” Brunet, Chief Information Security Officer of ACS. “We deploy directly into layer zero, within the kernel itself, and provide stronger and more secure encryption for the data being transmitted.”

ACS EndpointLock™ interrogates the kernel before deploying, and if there is a compromise involved, an alert is sent to the security system admin via group policy orchestration (ePO). If the kernel is clean, the next operation involves installing the cryptography with the TPM chip of the endpoint device, using RSA 2048 encryption cryptosystem. Once the installation is complete, ACS’ patented protocol, the Keystroke Transport Layer Security (KTLS) performs certain unique tasks. Working with Fortune 100 clients from financial, retail, healthcare, and processing sectors, ACS’ technology is certified by Windows, MAC, Android, and iOS operating systems, and delivered through McAfee ePO and into the Intel TPM.

We deploy directly into layer zero, within the kernel itself, and provide stronger and more secure encryption for the data as it is being transmitted

In a Windows or MAC environment, the cryptographic protocol creates a new 256- bit encrypted pathway for the transmission of keystrokes, bypassing the vulnerable slow stack area that is usually where keylogger components of malware are delivered, to perform message filtering and hooking. The KTLS™ protocol allows keystrokes to be encrypted, with a decrypt packet sent to the application requesting the stroke, and finally, the encrypted stroke itself is transmitted along the secure pathway directly into the application, which may be browser-based, installed software, dark screen Active Directories (AD) and so on. In parallel, the ACS EndpointLock™ sends a numerical sequence along the traditional OS pathway that wants to see data going to and from the endpoint coincidental with the instance of a stroke. This eliminates the capture of keystrokes, as the data is safely being transmitted along the encrypted pathway directly into the text box of an application.

ACS applies the same technology to Android and iOS devices, with the subtle difference of providing a geo-positioned encrypted keyboard to the endpoint which is the only keyboard accessible in the ACS-protected application. ACS delivers these capabilities in SDKs that can be integrated easily with any branded application and deployed as an update.

This technology expands the current security perimeter by starting the encryption at the point of data entry, the keystroke. Since this is exactly where so many breaches begin, adding KTLS™ protocol will be a game changer in the endpoint security space. This is the first technology that can actually prevent zero day keyloggers from being used to advance a breach. 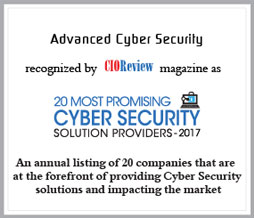