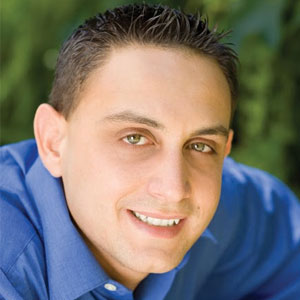 David Gorodyansky, CEO & Founder
The paramount need to secure the internet environment is compounded by the universal requirement for privacy and free access to global content by every user. Founded on the belief that everybody deserves to use a secure, private and unrestricted network, AnchorFree, based at Menlo Park, CA enables people to do exactly that through Hotspot Shield, the world’s largest VPN platform that establishes safe virtual connections by creating a private tunnel over the internet to its secure servers. With over 550 million users across 200 countries, AnchorFree is addressing the needs of companies and individuals through Hotspot Shield that extends three main value propositions to its users by empowering them with secure and private access to the open internet, anonymous internet surfing, and Wi-Fi security.

As the world’s most popular VPN, “If we map out our past from zero to 500 million users, we saw huge spikes during various events which generated concerns about personal privacy and security,” says David Gorodyansky, CEO and founder, AnchorFree.

Hotspot Shield uses advanced encryption technology to secure the user’s internet connection and block malware. The application is compatible with Windows, Mac OS, iOS and Android devices and seamlessly detects unsafe Wi- Fi networks and websites. Hotspot Shield also protects user privacy by taking out the original IP address and assigning an AnchorFree IP address instead, which makes the user anonymous. AnchorFree encrypts user data and neither shares the user’s IP address with any third party nor stores it after the VPN session has expired. “We protect the users from the bad guys, the good guys, and from ourselves,” adds Gorodyansky on a lighter note. In addition, Hotspot Shield connects people to all global content securely from anywhere, including the countries where popular services like Facebook or Skype are blocked by ISPs.

AnchorFree has evolved the business to gain half a billion people on a platform that continues to grow by more than 250,000 new downloads every day.

We protect the users from the bad guys, the good guys, and from ourselves

Realizing the need for secure VPN connection for a lot of businesses, the company has set its sights on providing Hotspot Shield services to SMBs. Furthermore, “We have made a software development kit (SDK) available to all technology companies through our self-serve model,” explains Gorodyansky. Today, more than 70 percent of the world’s largest security companies, including security powerhouse McAfee, use AnchorFree’s patented VPN technology to provide security and enhance the user experience for their customers.

“Dozens of companies are integrating our technology to add this functionality to their products. In the wake of Wi-Fi protocols being increasingly compromised and hacked, internet service providers and telecoms, as well as banks and cybersecurity vendors, have to ensure Wi- Fi security for their users, and that’s why they partner with us,” adds Gorodyansky.

According to Gorodyansky, traditional VPN technologies have huge challenges of latency and connection speed, so the company has built their own VPN protocol, Catapult Hydra VPN, from scratch. “That gave us the ability to support more than half a billion people with the technology that specifically reduces latency and improves performance over long distance—the unique differentiation with regard to other VPN providers.”

Forging ahead, AnchorFree is set to provide secure and private access to the internet to 1 billion users by the end of 2018. It is also working on providing secure access for smart homes and IoT devices through integrating their VPN technology into Wi-Fi routers.

Description
AnchorFree provides 500 million people with a freedom and privacy platform, for mobile and web access, making all applications and websites, secure, private, and accessible 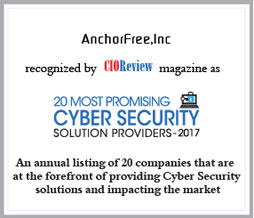