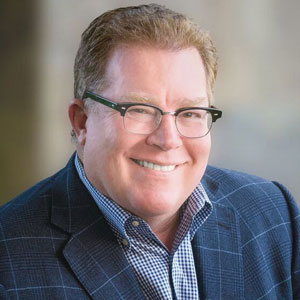 Bill Conner, CEO
SonicWall has been preventing cybercrime for over 25 years, defending small- and medium-size businesses and enterprises worldwide. Backed by research from the Capture Labs Threat Network, the company’s award-winning, real-time breach detection and prevention solutions — coupled with the formidable resources and expertise of more than 18,000 loyal channel partners around the globe — are the backbone securing more than 1 million business and mobile networks and their email, applications and data.

This combination of products, innovation and partnerships delivers real-time cyber defense solutions, tuned to the specific needs of the more than 500,000 businesses in more than 150 countries around the world.

Since SonicWall became an independent company from Dell in November 2016, it has achieved aggressive financial and operational metrics set across sales, partner engagement, service and support—a testament to its 25-year track record of cybersecurity leadership.

In fact, since SonicWall became independent and launched its SecureFirst Partner Program in November 2016, partner deal registration has exceeded 50 percent, reflecting over $360 million in new pipeline. Further, 6,000 of SonicWall’s 19,000- plus partners are new to SonicWall.

“Our success is driven by the hard work and dedication of the entire SonicWall team, as well as the tremendous strength of our channel partners around the world,” says Bill Conner, CEO of SonicWall. “With less than a year of independence in the books, I’m confident that the best is yet to come for SonicWall.”

In the face of a constantly evolving threat landscape, SonicWall continues to introduce innovations to its global partner community, which serve as trusted advisors to customers worldwide.

Data recorded and analyzed indicates that there are as many as 1,000 or more new variants that threaten SonicWall customer networks each business day.

SonicWall has the right combination of effective management, engaged channel partners and innovative technology and services to help our customers

Due to partner and customer demand, SonicWall has integrated Capture across its product lines from the Email Security platform to Secure Mobile Access solution. In fact, in the second quarter of 2017, SonicWall Capture ATP reported a 77 percent increase in licenses sold over the previous quarter.

In September, the company announced the largest number of new products and software that it has ever delivered to the market, all of which have been designed to support SonicWall’s powerful platform that helps businesses automate real-time breach detection and prevention while exceeding speed and performance expectations.

This launch included the biggest SonicWall OS release in history — SonicOS 6.5, which features an evolution of the user interface and experience, advanced wireless security features and new multi-domain authentication capabilities. The release also included the new NSA 2650 next-generation firewall appliance, which is the first branch and campus firewall to secure2.5G wired and 802.11ac Wave 2 wireless networks.

SonicWall’s impressive momentum has not flown under the radar. In the past year, the company has received more than 25 unique industry awards highlighting the strength of its products and executive team.

“I’m proud to say that today, SonicWall has the right combination of effective management, engaged channel partners and innovative technology and services to help our customers not only run more effectively, but also fear less,” adds Conner.

SINGAPORE - The pandemic's work-from-home reality resulted in an unprecedented change for organisations as they fought to defend exponentially greater attack surfaces from cybercriminals armed with powerful cloud-based tools, cloud storage and endless targets. As working environments evolved, so did the methods of threat actors and other motivated perpetrators, as detailed in the latest 2021 SonicWall Cyber Threat Report.

"2020 offered a perfect storm for cybercriminals and a critical tipping point for the cyber arms race," said SonicWall President and CEO Bill Conner. "The pandemic ” along with remote work, a charged political climate, record prices of cryptocurrency, and threat actors weaponizing cloud storage and tools ” drove the effectiveness and volume of cyberattacks to new highs. This latest threat intelligence offers a look at how cybercriminals shifted and refined their tactics, painting a picture of what they are doing amid the uncertain future that lies ahead."

"There is no code of conduct when it comes to cybercriminals, their methods of attacks and the selection of their targets," said Conner. "Technology is moving at an unprecedented rate. Threats that were once thought to be two or three years away are now a reality, with do-it-yourself, cloud-based tools creating an army of cybercriminals armed with the same devastating force and impact of a nation-state or larger criminal enterprise. Organisations must remain vigilant and proactive in hardening their cybersecurity posture."

Debasish Mukherjee, Vice President, Regional Sales adds "As more organisations are adopting to digital transformation, it is imperative to have strategies in place to plan mitigation, build resilience and respond to anomalies. With the increase in data breach and leaked information, organisations are now more susceptible to threats and need to be more prepared than ever in combating cyber attacks." He continues "The findings in the 2021 SonicWall Cyber Threat Report reveals great insights into the latest threats, including those in Asia Pacific and how organisations can better prepare for security optimisation."

The 2021 SonicWall Cyber Threat Report goes inside the stories that headlined 2020, and takes a closer look at new and disruptive cyber threats to provide insight into the evolving cyber threat landscape. Major findings of the new in-depth SonicWall report include:

• Cryptojacking returns as cryptocurrency breaks records: Once thought to be a dying attack vector after the industry's major mining operation boarded its online service, cryptojacking is back thanks to rising cryptocurrency values and its appeal of concealed payouts. Total cryptojacking for 2020 set records with 81.9 million hits, a 28% increase from last year's 64.1 million total.

• Intrusion attempts up as attack patterns change: The distribution of intrusion attacks took on an entirely new character as a result of the changes brought on by the pandemic. In 2020, Directory Traversal tactics (34%) took over the top spot after a tie with remote code execution (21% for both) in 2019. 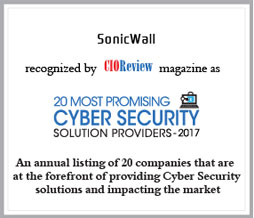