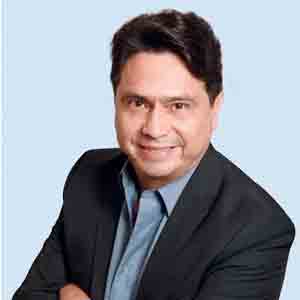 Eduardo Cervantes, CEO
In Ottawa, Canada, a team of network engineers got together to build the next-generation load-balancing technology. For four years, they worked together in their lab and were able to get that technology to a place where it could prove immensely beneficial to organizations. They reached out to investors, and the Toronto-based deep tech investor Roadmap Capital bought the idea. Eduardo Cervantes, an expert entrepreneur in the cyber security space, was appointed as the company’s CEO to take this exceptional load-balancing tech into the market. “Cyber security is an incredible market so we decided to introduce the technology into the server security space and utilize the load balancing capacity to do some fabulous stuff,” says Cervantes. Corsa Security was born with its unique offering - virtualization as a security stack - leveraging a turnkey network security virtualization platform.

The platform can be up and running within any existing virtual firewalls. Once automated, it can license, deploy, operate and patch hundreds of virtual firewalls. There was a time when this process would cost millions of dollars and months of man-hours, but thanks to Corsa Security, virtualization on the security side has become simple. The platform can provide users with visibility of the capacity utilization of each firewall, and they can set a maximum throughput per firewall to always have enough capacity utilization such that their assets are optimally used. When the system senses that one firewall is getting too overloaded, it automatically spins up other firewalls to support the load. This functionality is called AutoScale, which conventionally exists in cloud services, but when it comes to on-premise management of data centers, only Corsa offers such a capability for virtual firewalls.
The clients only pay for what they need and are assured that they will not run out of capacity in the case of a spike in traffic or a denial of service. In such a scenario, the platform will automatically license virtual firewalls from the client’s preferred vendor, set them up, monitor, and then decommission them when the time comes.

The implementation of the platform saves millions of dollars for Corsa’s clients who would otherwise either spend on buying and upgrading hardware or on employing in-house virtualization teams that stack up DevOps costs. For one of their public sector clients, the government of an Asian country, Corsa’s platform proved beneficial in saving a considerable chunk of money. The country was building an intelligence system to lawfully intercept encrypted communications to mitigate crime and curb terrorism and insurgency. Over the internet, a substantial part of personal data is encrypted, including a lot of criminal data. “We provided a whole nation the ability to set up enough virtual firewalls to look at every encrypted communication in and out of the country,” says Cervantes. “If they had taken the hardware route, it would have been a $50 million hardware deployment, whereas with our product and virtual firewalls it amounted to $5 million.” The company helps large enterprises and service providers to handle vast amounts of data going in and out of their network and reduce their total cost of ownership.

With a platform that auto-scales and automates the firewall deployment, the company aims to build other security functionalities to bolster the military and central intelligence. Cervantes is hopeful that, after gaining good ground in the Asian and North American markets, the European market will hold many takers for this state-of-the-art and novel technology in the security space. 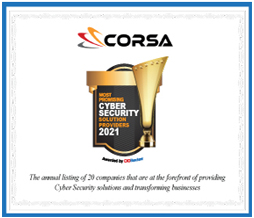 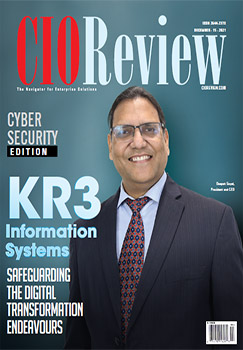